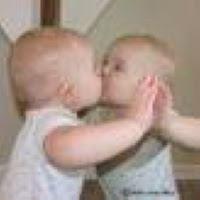 I hear on the news this Veterans Day that our thankfully exiting governor–cynically known as Governor Scissorhands for all his ribbon cutting -- will be dedicating a new memorial to our Vermont dead in Iraq and Afghanistan.

A memorial to oneself?

The sculptor of the Memorial describes it thus:

"In front of the field memorial stands a low sarcophagus etched with the names and representing the body of Vermont’s Fallen Patriots.

In the center of each bench wall stands a monolith. The monolith on the left is dedicated to all those from Vermont who have served in the Global War on Terror. It has a hand tooled War on Terror Service Medal. The monolith on the right is dedicated to the families of the fallen and the great sacrifices they have made. It has a hand tooled Vermont Patriot’s Medal. The monolith in the back has a bronze dedication plaque and expresses the pride and sorrow of the citizens of Vermont.

Together the three monoliths – their family, their comrades and their fellow citizens stand as sentinels ready to guard the sacred honor of the fallen. …”

The Cemetery Advisory Board of the Vermont Veterans Memorial Cemetery has provided what they call “a reverent location at the entrance to the cemetery.” “The GWOT Memorial will be a lasting tribute to our Fallen Heroes who have made the 'ultimate sacrifice' protecting our country and defending our freedom. They will not be forgotten.”

It is hard to know where to begin reacting to all this. I cringe at the language–bathetic, maudlin, soupy, cloying, schmaltzy, large-P Patriotic–but the sentiments inscribed in this language are more problematical still.

A guy stopped by at our peace vigil last night and said, “My nephew got back from Iraq and blew his brains out. He couldn't deal with the stuff he had done–killing civilians and all that.”

This, it seems to me is a more accurate description of reality.

Our president, of course, made a typical Veterans Day pledge: “As long as I am Commander-in-Chief, I am going to do right by them [our veterans]. America will not let you down. We will take care of our own,” he said.

On the other hand, yesterday's release of the draft report from the President's Fiscal Deficit Commission has recommended establishing Veterans Administration health co-pays. From the report: “This option would increase out-of-pocket costs for veterans in Priority Group 5–those who do not have service-connected disabilities and whose income is below a VA-defined threshold. Currently, those patients pay no fees for inpatient or outpatient medical care. This option requires copayments for medical care provided by the Department of Veterans Affairs to these enrollees, saving 0.7 billion in 2014.”

This, it seems to me, is a more accurate description of reality.

And today, Obama exhorted Congress to stop shooting down the deficit proposals before they have been studied. “If people are in fact, concerned about spending, debt, deficits and the future of our country, then they're going to need to be armed with the information about the kinds of choices that are going to be involved, and we can't just engage in political rhetoric.” A new rhetorical War on Political Rhetoric?

The question of supporting troops is a vexed one. It is true they have suffered–but they have also caused much suffering. Which of the two do we support? Only the first while ignoring the second? The families too have suffered. But is part of their pain related to their own responsibility in sending their children off to kill and be killed in the interests of a governing elite? Do we support such sending off?

In any case, the language of the Vermont Global War On Terror Memorial is tired, empty, and ever less to any point. It perpetuates a sentimental, obscuring cloud-of-unknowing over the realities we currently face and must radically change.
Posted by Marc Estrin at 5:46 AM No comments:

HAVE YOU SPANKED YOUR INNER CHILD TODAY? 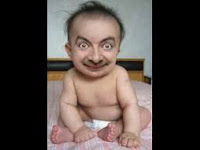 I'm just beginning the week run of rehearsals and performances in the pit orchestra for Peter Pan. The Lyric Theater production will be extremely professional as usual, and attended by full houses of an enthusiastic community. I play in these musicals not because I think the dramatic art is great or the music profound, but because they are such wonderful examples of communities coming together–200 people working for months without pay–to produce a high-spirited event which several thousand people will enjoy.

Nevertheless, I have to admit being irritated by the very thought of Peter Pan. The unthinking enthusiasm with which his motto, “I won't grow up”, is greeted reflects the destructive childishness, and embrace of that childishness, epidemic in the American public. And here I'm not thinking of the occasional comico-pathetic gray-hair who earnestly exhorts me to honor my inner child as he or she does, and then trips blithely away in some psychic equivalent of tie dyes and bellbottoms. Rather I am concerned with the rampant embrace of the trivial and superficial.

This pattern has some innocent manifestations such as the recent adult enthusiasm for various children's books, business-suited women carrying them proudly underarm and assuring questioners that they are “really for adults, too.” The infantilization of the reading public -- bad for serious authors, but not all that sinister. Far more so is the dumbing down of news and other information, and the substitution of infotainment and celebrity.

I was reminded of this recently when Obama walked on stage, pre-election, at the Daily Show. The audience cheered and clapped–but in a way far beyond the polite, enthusiastic greetings routinely offered to even villains and semi-villains. The adulation went on and on. Obama tried four times to stop it, and finally just stood there smiling and waving occasionally.

Now remember, Jon Stewart's audience is made up mostly of lefty liberals who enjoy his satirical critique of the powers that be. Nevertheless, this very audience offered up an unstoppable standing ovation for a man who stands against everything they presumably stand for: a man  who is currently answerable for the worldwide death and starvation of millions; the many domestic losses of home and job; the destruction of climate and disarmament conferences; the ever-increasing expenditures on ever-increasing wars; the now commonplace practice of torture; the undercutting of public healthcare; the shielding of executive crimes past and present; the hoarding of executive power; the resurgence of the nuclear industry; the embrace of Israel's brutal policies in Palestine; the ever-increasing inequality of wealth; and now, post-election, the inevitable strangulation and death of democratic government. For starters.

Burlington, Vermont, where I live, is the birthplace and main home of Ben & Jerry's ice cream. Their motto, plastered all over bumper stickers, and inside their Burlington store, is IF IT'S NOT FUN, WHY DO IT? I've often pondered this question. And I've pondered alongside it another bumper sticker common in our area: Emma Goldman's face next to the line "If I can't dance, I don't want to be part of your revolution.”

Is this a food fight between bumper stickers, or are they finally on the same side? Are they both exhorting us to honor our inner children? I decided to look further into the Goldman quote, and this is what I found–in her autobiography, Living My Life:

At the dances I was one of the most untiring and gayest. One evening a cousin of Sasha, a young boy, took me aside. With a grave face, as if he were about to announce the death of a dear comrade, he whispered to me that it did not behoove an agitator to dance. Certainly not with such reckless abandon, anyway. It was undignified for one who was on the way to become a force in the anarchist movement. My frivolity would only hurt the Cause.

I grew furious at the impudent interference of the boy. I told him to mind his own business. I was tired of having the Cause constantly thrown into my face. I did not believe that a Cause which stood for a beautiful ideal, for anarchism, for release and freedom from convention and prejudice, should demand the denial of life and joy. I insisted that are Cause could not expect me to become a nun and that the movement would not be turned into a cloister. If it meant that, I did not want it. I want freedom, the right to self-expression, everybody's right to beautiful, radiant things. Anarchism meant that to me, and I would live it in spite of the whole world–prisons, persecution, everything. Yes, even in spite of the condemnation of my own closest comrades I would live my beautiful ideal. (p.56)

This statement feels significantly different from “IF IT'S NOT FUN WHY DO IT?”, for behind the joy and exuberance, Emma embraces a larger ideal to be joyful about. The playfulness of Ben & Jerry's, its flavors, its graphics, is more about honoring one's inner child. and putting out a lot of money -- with a smile -- for an ice cream cone.

I must say that the figure of Peter Pan is more complex then his motto song “I won't grow up” might imply. In Barrie's book, and even in the musical, Peter is a semi-tragic figure, sentenced to repeated loss of the friends who do grow up to leave him, responsible for the parental pain of losing the children kidnapped, and the nostalgic regret of losing one's childhood. Peter is as much the villain of the piece as its hero. He is boastful, selfish, distructive, and unreflective. And naturally, the children abducted to Neverland give him a standing ovation at his every appearance.

While I may be a churlish old grouch, I really do think that we, the kidnapped, had better begin to honor our inner adults, and not continually embrace childishness -- usually at the expense of others, and ourselves.

Hope is not a method, nor is belief in fairies.

(This essay was also published on The Rag Blog.)
Posted by Marc Estrin at 4:15 AM No comments: