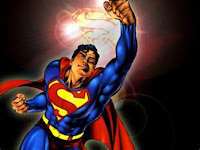 Though two summers away, an invitation by the mayor to discuss inviting another Burlington air show, "Wings Over Vermont", has elicited some interesting letters to the Burlington Free Press, the state's largest paper.
For those outside of Vermont who may not have seen a similar event, such an air show consists of  "a blend of high-performance military jets and much more sedate civilian aircraft, such as biplanes." As the Free Press notes without comment, "The sound impact of jets, generated by the likes of the Blue Angels and other precision flying teams, probably would fill up to two hours of the five-hour program."
In practice, the show takes place down at Lake Champlain during a crowded day with a July 4th atmosphere. For those not at the event, the cross-overs and low-altitude fly-arounds of the team of "high-performance military jets" is admittedly an auditory trial. Many people leave town while others just gripe.
The virtues or sins of the show are not my subject here. Rather, what interests me is the nature of some of the commentary from the supporters of the show addressing those against.
A most common notion among them is that American freedom to publicly express opinions have been made possible by the existence of the military.
"They are the reason why we all have the freedom to meet," wrote one. And another: "Your freedoms to express freely your 'opinions' have been protected and insured by generations of men and women who proudly served in the military." (The quotations marks around "opinions" are also interesting.)
To one letter writer, the sound of the jets is "the sound of freedom," and another asserts that true patriots are "not bothered by the sounds of the people who allow them to live their dream in freedom."
It seems to me, rather, that the freedom to form and speak our opinions and to freely assemble is not a military issue, but rather a basic gift of the U.S. constitution. If the military is functioning to protect those constitutional rights, you'd never know it as they serve to support administrations in hot pursuit of those rights, dead or alive.
For all the high- and low-tech wonders of flight (it still astounds me to see a huge plane take off), there is a disturbing leitmotif of jingoist war chants among some of the comments:
"There is no better sight in the world than one of those 'fast movers' streaking into the battle delivering their payload on top of the enemy," rhapsodizes one, the enemy, of course, being anyone upon whom a payload is dropped.  "Is it noisy? You bet," writes another. "Does it burn fossil fuel? It sure as heck does. Is it patriotic? You better well believe it."
Speaking against an anti-show writer, one letter predicts that "When the bad guys from across the pond attack again, he'll be grateful for our military, but it will be too late." Concerning his probable reference, 9/11, one may note that our jets -- for reasons still unclear -- were unable to scramble that day against four errant airliners clearly bent on destruction.
(This has been a week containing a rape by a power-driven, hyper-sexual world leader, and the postponed invitation by a Savior for meeting in the skies with his elect. It is hard for me to avoid sensing a relation of themes here. But I will leave such meta-interpretations to readers so disposed.")
Perhaps the most disturbing aspect of these freedom-loving comments has been the depiction of those who oppose the air show: "Moonbats," they are, "whack jobs", "tree-hugging wing nuts" (these descriptors from different letters). What to do with them? "Progressives and liberals should be MADE to watch the air show. Maybe then they will pack up and leave."
And a warning: "If you don't stand behind our troops, PLEASE feel free to stand in front of them.
The vibes are chilling.
Posted by Marc Estrin at 8:09 AM No comments: 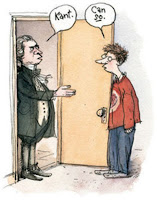 Now that the bipartisan jingofest around OBL’s purported killing seems to be settling down, and the kaleidoscope of changing stories seems to be solidifying into cognitively dissonant national belief, it may be time to rationally review the evidence and sequence of changes in the generally accepted narrative.

My recent little essay ("Drinking the Obamaid") was written only a day after Obama's mission accomplished announcement, before all the changes and contradictions in the official story emerged.

Many people have been following those changes -- some simply to record the "truth" developing out of the "fog of war", and some to note the suspicious nature of what looks like political manipulation.

Chief among the latter has been Steven Lendman, who has closely followed the administration's twists and turns, and analyzed the absurdity of some of its claims. Rather than repeat his cataloguing, let me just give you some links for the curious:

(Contained in this link, are links to two of his earlier assessments.)

Lendman has also noted the inconsistencies in the newly revealed tape of OBL watching himself on TV.

In my earlier essay, I referred to a 2009 book by David Ray Griffin which reviewed the evidence that Osama was likely long dead. Here is a short summary of the contents of that book:

What bollixes my mind is not the flag-covered USA! USA! chanters outside the White House, or the dignified chest-thumping president within. It is the complete belief in a hard-to-believe story by the intelligent left -- who are now frothing over the ethics and legality of targeted assassination. You can practically watch the fangs grow, and the saliva drip:

We don't even know that OBL was responsible for anything on 911. At least the FBI doesn't seem to think so. After the attacks, he denied it for two weeks, and all subsequent "confession" tapes have proved to be poorly constructed fakes emerging at crucial moments in American political life. Big lies are a well-honed American tradition:
http://sjlendman.blogspot.com/2011_05_01_archive.html

(Another Lendman cataloguing: scroll to entry for May 7, a little more than halfway down.)

So what really went down on May 1st? Who knows? We have taped interviews with fifty or so neighbors that say that Osama was never living in that compound or they would have known it. We have the "family" in Pakistani military custody, and who knows what they will say? Or what the photos/videos, when and if finally released, will contain -- authentic or fabricated?

We do know that the story with all its changes smells awfully fishy, and the immediate disappearing of the body with its various rationales is fishiest of all.

We do know that as Mara Liasson announced on NPR, Obama's "Republican opponents will always have to deal with the new and enduring fact that Barack Obama is the president who got Osama bin Laden."

We do know that immediately after OBL's putative elimination, calls were going up for increased homeland security money and protection against blowback and revenge.

We do know that this event, pseudo- or not, is now being used as justification for assassination, torture and future preemptive war, and for support of the Patriot Act.

We do know that acclaim for targeted assassination has risen, and will certainly serve as a protective buffer against any possible prosecution for war crimes of the Bush or Obama administrations.

As usual, Cui Bono? is a pertinent question.

What would Kant say?

He would say "All our knowledge begins with the senses, proceeds then to the understanding, and ends with reason. There is nothing higher than reason."

He might say, too, "By a lie, a man annihilates his dignity as a man."
Posted by Marc Estrin at 10:50 AM No comments: 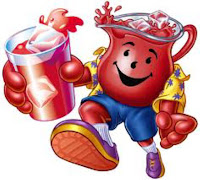 With no evidence whatsoever except the changing assertions of our military spokesmen, almost the entire left, and of  course all of the mainstream media, have swallowed the story of Barak Obama finally bringing in the big fish, the symbol and cause of all our woes.

The timing is convenient at the start of a chaotic election season. The burial place is unreachable, unseeable, the body now unfindable, and we claim to have "a quick DNA [DoNotArgue] match" in hand.

I love the story put out by the Associated Press:

WASHINGTON – Knowing there would be disbelievers, the U.S. says it used convincing means to confirm Osama bin Laden's identity during and after the firefight that killed him.

In the entire article, do they ever mention what those convincing means are? No. Just that whatever they are, they are convincing. They proceed to ask three questions, "Was it really him? How do we know?" Where are the pictures?", but they don't ask them as questions to be answered by investigative reporting, but only to denigrate the "conspiracy theorists" asking such question.

Then: U.S. officials are balancing that skepticism with the sensitivities that might be inflamed by showing images they say they have of the dead al-Qaida leader and video of his burial at sea.

After showing and crowing over Saddam Hussein's hanging, we are now sensitive to sensitivities. No boasters we. Keep it low key. Any evidence would only inflame.

So far, the AP continues, the U.S. has cited evidence that satisfied the Navy SEAL force, and at least most of the world, that they had the right man in Abbottabad, Pakistan. I would think the SEALs are likely an easy audience, and I haven't seen any documentation of the "rest of the world"'s satisfaction, unless "the rest of the world" means, as it usually does, our government's fellow kleptocrats and sociopaths, a group small enough for occasional photoops all together on the same stage.

There is plenty of evidence that this new official story is peculiar: the somehow secret "luxury compound", unseen over years by our satellites, the identification of our man "by appearance", the quick, untraceable burial, the so-far lack of corroborating evidence, the changing stories -- first that we buried him at sea to respect Islamic law that corpses must be buried within 24 hours, and then when Islamic scholars disagreed, that we buried him at sea to prevent there being a shrine to which worshippers would come. The broadcast "sense of relief", mission accomplished, coupled with warnings that the threat of revenge attacks may be greater than ever...

There is also plenty of evidence that Osama has been dead for many years, too great to summarize here, but well-collected in David Ray Griffin's 2009 book, Osama bin Laden: Dead or Alive?

There is also plenty of evidence that his periodic appearances -- all of which were timed to be helpful to some president, or candidate, or poll, at some crucial moment -- are transparent fakes, the physiognomy, bling, handedness, language, being that of someone other than Osama. These fake videos are well covered in Griffin's book.

There is finally plenty of evidence that Osama bin Laden -- our Osama bin Laden -- whose brother was breakfasting in Washington on the morning of 9/11/01, and whose relatives were specially and secretly flown out of the country in spite of their being a flight ban in the days immediately following the events -- that our Osama bin Laden was not, and had never been, and is still not  connected by the FBI to 9/11/01.

Yet the AP warns us that "as with the birther conspiracy, there's going to be a set of people who are never going to be convinced." "If it suits extremist ends to spin a fantastical tale of survival or trickery to gullible ears, expect to hear it." "There are always conspiracy theories," he said. "There are individuals who believe that bin Laden wasn't involved in the 9/11 attacks."

You'd never know it, listening to, or reading the blogs of the left pundits, not to mention the right.
Posted by Marc Estrin at 5:44 AM No comments: